I’ve talked about this before in other programs and publications, but I cannot stress these teachings enough. We must teach as many people as much as we can about how to prepare for the Shit.

“The Shit” is a pretty universal term that can cover a wide range of urban warfare survival scenarios, from natural disasters to the inevitable revolution that will occur when the slave society of sexbots we create in the future to provide us carnal pleasure suddenly develops consciousness and free will, rising up against us by constructing giant robot monkeys to destroy our civilization. 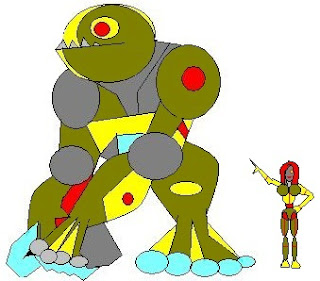 This is a worst case scenario, mind you, but you have to be ready for anything.

I want you to understand: This is not just an end of the world scenario that involves zombies. These tips can apply to any end of civilization scenario, zombies being the most prevalent. These tips should help you survive the first 48 hours of most any apocalypse - be it zombies, giant monkeys, robots, or maybe just a hurricane. 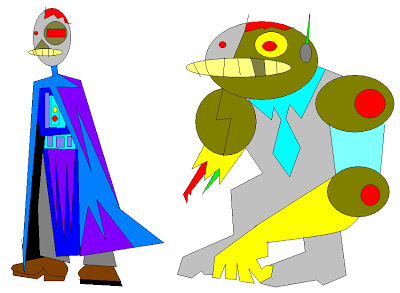 Be mindful of your surroundings.
This is also a Jedi rule, I think, but it still applies. When you go somewhere, make a mental note of the entry and exit points. Plot your flight path around familiar places when possible, which also means you should be honing your situational awareness right now. If you’re in a place and you’re trapped there, you want to know the best ways in and out and the best ways to defend yourself. That’s just action movie thinking: “If I had to jump out that window, would I be too high up? Could I land on something? Could I bounce off that canopy or would I go straight through?”

Know where the exits are when you’re in a building and where the alleys are if you’re on the street. Being practical is the first step toward being prepared.

Have a flight plan.
You should already be familiar with the roads and waterways in your area, especially those not publicly known. When the Shit goes down, everyone will be on the road. What you need is an alternate method of travel, like cross-country on horseback. If you have access to a helicopter or, where applicable, a boat, this would be a good alternative. For best results, be prepared to travel on foot and have a route plotted that will put you in the way of the least amount of people. This is especially useful in a zombie or invasion scenario, where people will be targeted in the largest groups.

This is actually practical in real disaster situations. You have a plan beforehand, you have a rendezvous point, you have a meeting place not in the city, that kind of thing. And that will save your life. Because you never go back for any reason! Look to your left, then to your right. Anyone you didn’t just put your eyes on is dead. If you try to find them, you will be too! Anyone still alive but not with you is also probably trying to make their way to safety. They’re sure as hell not poking through the rubble trying to make sure you’re okay.

Don’t Wait to be Rescued!
Wait to be rescued? Are you kidding me? It’s already bad enough that you’re thinking about eating your own dead to survive, but you have enough faith in humanity that you think people are looking for you? I don’t understand, that’s a weird dichotomy of mindset to me.

Eating the dead is never a rational option.
There’s always somebody that thinks eating the dead is acceptable if that’s what it takes to survive. You really want to identify that guy right away. Even in real life, that’s a good character trait to single out.

Besides the obvious moral conundrum, cannibalism is an especially bad idea in a zombie scenario. Remember that in most cases the original infection afflicts not just those who are bitten by zombies, but all recently dead people. If the natural repugnance of cannibalism does not deter you, try to understand that every corpse is a potential carrier.

·        In Ravenous they eat people to steal their souls or something, but it all started with them eating a dead guy just to stay alive.
·        In The Book of Eli, people who eat the dead are always crazy weirdoes who end up getting the shakes. Not sure there’s any science to support this, but bear in mind it comes from the same writers who think you can live on a staple diet of nuclear cats.
·        They run into a cannibal clan of crazies in the Walking Dead comic, who accidentally infect themselves by eating a guy who got bitten. The group does the sensible thing and brutally eradicates the entire clan.
·        All hill mutants rape, eat or rape and eat people. This is true in The Hills Have Eyes, Wrong Turn, Texas Chainsaw Massacre and enough other movies that it’s become its own subgenre. I’m not saying eating people makes you a rapey raving lunatic, but you never run into nice people who just happen to eat their dead to survive. Cannibals are always feral psychopaths.
·        In the third Resident Evil carrion birds become infected from eating the dead. Just keep that in mind.


TO SUM UP: THE EATING OF THE DEAD IS NEVER RECOMMENDED!

Run for , Not Shelter.
Do not hole up anywhere if you can help it, especially without supplies. Any fortification has to be prepared to withstand a siege, which means physical security and defenses, shelter against the elements, and available resources for survival over a long period of time.

Most random places you run into to avoid a zombie horde will not just magically have these things, so don’t board yourself up in the first building you find and hope for the best.

When you see people running, you run.
And this isn’t just monsters, this is any disaster situation.

Don’t “check things out” or try to figure out what’s going on, just run.

Don’t stop to gawk at the awesome destruction or to figure out just exactly what is trying to eat you. 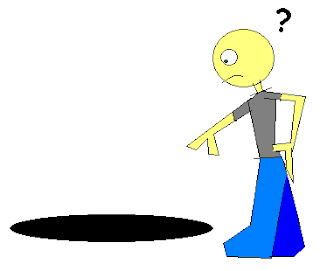 Usually the people that satisfactorily answer the question of what exactly’s after them get the answer straight from the monster’s mouth. 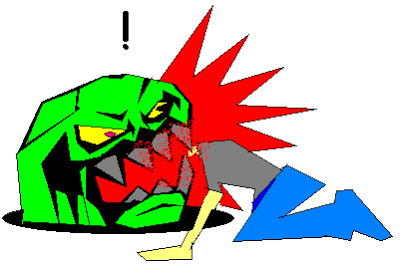 If it comes down to you and some other guy, and the fastest one wins, you don’t want to be in that situation. You want to be the first guy to run right away. Like Tom Cruise in War of the Worlds, where they’re all standing around the crater going “what’s going on?” Let it eat them! You just run!

Zombies aren’t the only problem in that scenario; you also have to consider death rays! By the time you see it, that could be too late! What if the mother ship’s dripping little monster things or shooting death rays at people? What if looking at it melts your face? You don’t have to know! You don’t have to know what’s after you.

FIGHT OR FLIGHT, MAN! IF YOU SEE PEOPLE RUNNING, RUN WITH THEM!