You think we don't take the TVAMD Adventure Club seriously? Check out this awesome action training montage! You can tell I still need some practice, but that's what training's for.
Posted by Tv Ate My Dinner at 6:07 PM No comments:

This was kind of a comeback movie for Rudy Ray Moore, but he died shortly after making it so it ended up being his swan song. They withheld releasing it on DVD, finally putting it out as part of a Dolemite Total Experience box set. It's worth it, considering you get both of the original Dolemite movies, "Disco Godfather" and "Petey Wheatstraw, the Devil's Son in Law".

Rudy Ray Moore was one of the original Blaxploitation heroes back in the 70's. His raunchy stand-up comedy and independent kung fu action movies made him a big hit back in those days, even though he was somewhat overshadowed by more prominent movies of the genre life "Shaft".

But Rudy Ray had a lingering effect on his audiences because of his carefree style of improvisational rap and the imaginative flair of his movies. "The Human Tornado" used fast motion techniques to give the karate fighting more pizazz while in "Petey Wheatstraw" he had magical powers granted to him by Satan himself. In the original "Dolemite" he had an all girl army of kung fu killers at his disposal, which at the very least makes for an awesome poster.

"The Dolemite Explosion" is a welcome return to the same style. Dolemite returns from an extended sabbatical in Africa, where he has discovered a voodoo juice that gives him jedi powers over time and space. He uses these powers mostly to show off, stopping time just to prove a point but relying on stunt doubles to fight his battles for him. If only he'd used a body double for the sex scenes too, but his taste in women and predilection for exposing his bare ass has not diminished in 30 years.

The Godfather of Rap offers up a few new rhymes in this one too, like the final line where he announces: "I have been chosen to survive the explosion!" The abrupt ending may lead you believe that the movie wasn't finished, but that's just his style too.

Posted by Tv Ate My Dinner at 8:28 AM No comments:

Sean and Dane channel the spirit of Greg to discuss their latest plan for paranormal adventure: Soliciting the aid of psychic strippers for extreme ghost adventures! Plus we discuss new advancements in clean energy. Just kidding, all we do is talk about psychic strippers.
Posted by Tv Ate My Dinner at 7:47 AM No comments: 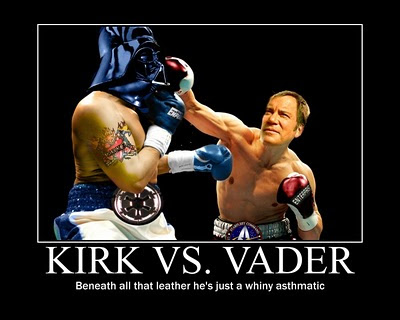 Posted by Tv Ate My Dinner at 8:00 PM No comments: