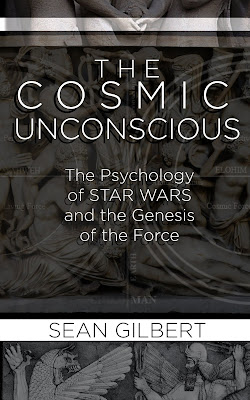 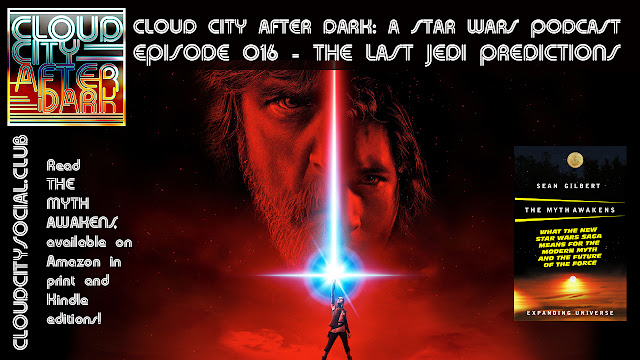 And don't forget to buy Sean's new book, THE MYTH AWAKENS, which explores the mystery and the philosophy of EPISODE VII! Now available on Amazon... just sayin'... 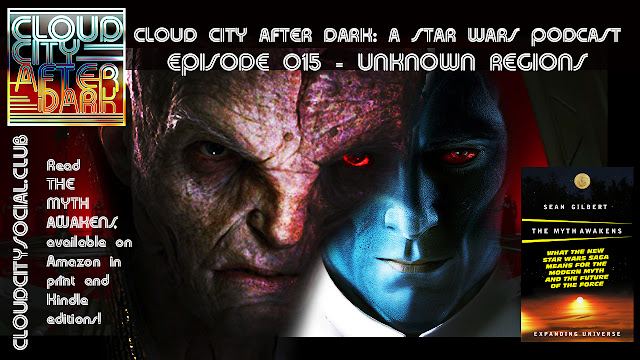 Sean and Andrew continue their pre-EPISODE VIII discussion of what the future may hold. The secrets of Snoke's orgins in the Unknown Regions, the fate of Grand Admiral Thrawn, and the Jakku operations of Gallius Rax... This one's got it all, folks.

You can follow even more theories of what might be and what might have been in Sean's new book, THE MYTH AWAKENS, available on Amazon in Kindle and print!

Listen Now!
Posted by Tv Ate My Dinner at 6:29 PM No comments:

Cloud City After Dark: A STAR WARS Podcast - CCAD014 - Balance of the Force 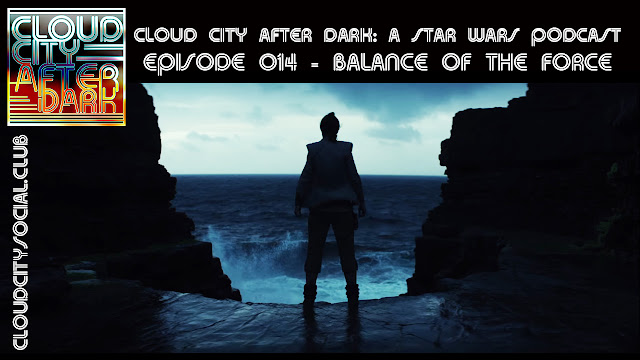 Sean and Andrew catch up on STAR WARS theories leading up to the release of the new STAR WARS movie. Gotta get this stuff out there now, since the movie’s quickly rendering these theories obsolete.

On that note, look for Sean’s book, THE MYTH AWAKENS, on Amazon, for more wild STAR WARS theories!

Posted by Tv Ate My Dinner at 7:10 PM No comments:

EXCERPT FROM "THE MYTH AWAKENS, PART ONE!"

HOT NEW EXCERPT FROM MY BOOK THAT I WROTE THAT I'M SELLING!!!!!

Here’s another example of a visual effect that initially seems like it’s just there be cool but is actually symbolic of deeper meaning in the story: Before Poe is captured, he fires at Kylo Ren. Astonishingly, Kylo is able to stop the blaster bolt in mid-air. This is so shocking to Poe, in fact, that he is too stunned to offer any further resistance. At the end of the scene we see that Kylo just as casually allows the bolt to complete its original course, striking the spot where he had previously been standing. This imagery of the bolt, which looks like a lightning bolt hanging in mid-air, likens Kylo to mythical masters of the elemental aspects of the storm. Even his lightsaber looks more like a living flame or a harnessed thunderbolt than those seen in other STAR WARS films. Palpatine evoked the same imagery in a much more powerful way in EPISODE VI, when he literally hurled lightning at Luke Skywalker. Storm Gods and their accompanying imagery play a major role in mythology, for good or ill. Later on I think we’ll see their symbolic importance in this story as we begin to understand more about Kylo’s nature and his past. 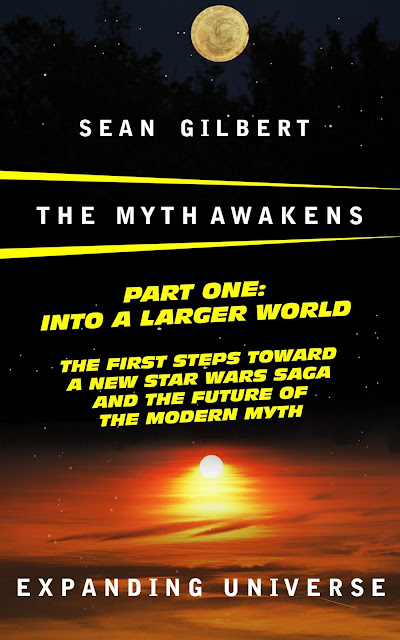 Posted by Tv Ate My Dinner at 5:04 PM No comments: 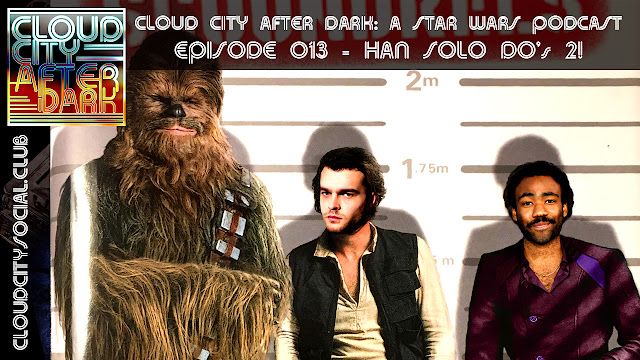 Posted by Tv Ate My Dinner at 3:07 PM No comments: