Most zombie stories are about the initial outbreak and are good cautionary tales about the first 48.

Most people will not survive the first 48 hours of the outbreak.

First off, you won’t know it’s happening for the first couple of hours, which will eat up critical response opportunities.

Add to that the initial denial due to normalcy bias and some early rookie mistakes like crashing your car into a telephone pole or boarding yourself up in a farmhouse and you’ve lost four hours of good travel time. 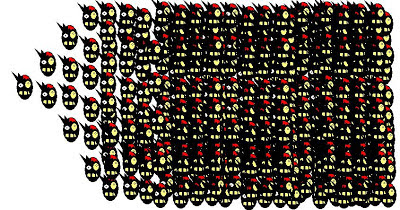 In the first 4 hours, there will be dozens of zombies in your area. That’s when you’ll probably start understanding the scope of the problem.

By the end of the first 24 hours there will be hundreds, which is why people who board themselves up on the first day aren’t able to run by the second.

By the end of the first 48 hours there will be thousands of zombies in a well-populated area, because by then 50% or more of the population will have been turned. 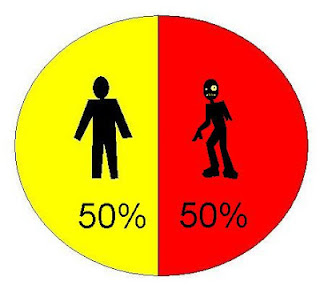 Another 30% of the population will probably be dead, because the purpose of zombie attacks is not infection, but predation. That will leave the zombie population ravenous and enraged, with a swiftly diminishing food supply.

By the time they run out of food they will be in large enough numbers to successfully lay siege to any fortification and wipe out anyone still living in it. Critical mistakes in the first 4 hours of the outbreak lead to most people not surviving the first 48 hours.

Your best bet is to get out of the area while there are still other people around for the zombies to eat.
Posted by Tv Ate My Dinner at 11:15 AM