Michael Pare’started out as one of Ralph Hinkley’s (Hanley’s?) sweathogs in the “Greatest American Hero”, then went on to star in films like “Streets of Fire”, “The Philadelphia Experiment” and “Eddie and the Cruisers”. He also starred in the fun scifi thriller “Moon 44” and the short-lived “Starhunter” series. 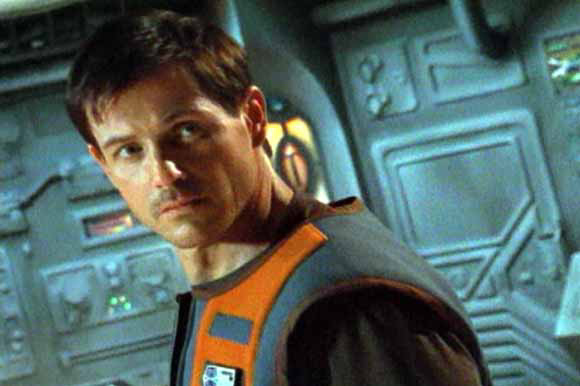 He was the werewolf in “Bad Moon”, which is mostly memorable because the dog saves the day. Like a lot of Johnny Drama’s, he’s as fun to see as a bad guy as he is when he’s playing a good guy, but no matter what the role the movie’s usually a lot more fun when he’s in it.
Posted by Tv Ate My Dinner at 7:33 PM