It’s hard to define the qualities of a real-life Johnny Drama. These hard-working charismatic movie stars never really made it to A-list status, but have given us many a Saturday movie night to remember and are the real heroes of the movie business.
Wings Hauser 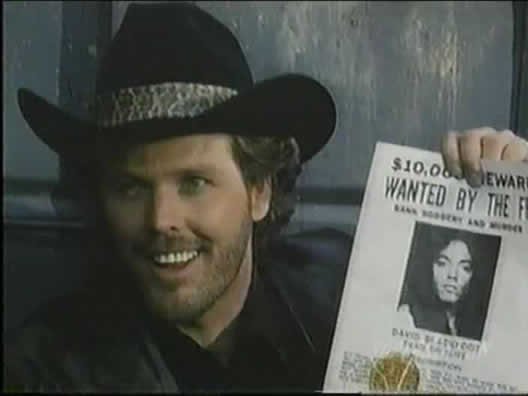 Like many Johnny Drama’s, Wings was a staple of 80’s TV, guest-starring in Baretta, The Fall Guy, The A-Team, Magnum P.I., Hunter, Airwolf, Space Rangers and Freddy’s Nightmares.  But he’s been in tons of movies, always standing out with that dramatic flare that seemed to die out in the 80’s.  Whenever they make a retro flick like Original Gangsters or Tales from the Hood they always bring in Wings, but he had a hand in the crap horror franchise Watchers (he was in Watchers III, which is strangely the only one I haven’t seen).  But I’ll always remember him best for his role as Arklon in Beastmaster 2: Through the Portal of time.
Posted by Tv Ate My Dinner at 4:32 PM