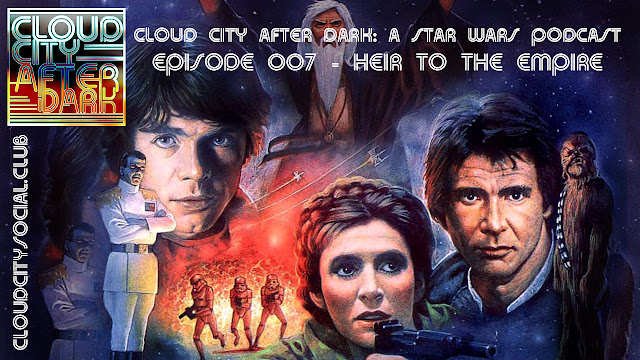 In this special super-sized episode, Sean and Andrew re-visit the STAR WARS LEGENDS Expanded Universe by looking at the novel that re-launched the saga in 1991, HEIR TO THE EMPIRE by Timothy Zahn.

In addition to creating lasting new characters to the mythology like Grand Admiral Thrawn, Mara Jade, and Talon Karrde, Zahn defined what the universe would be like in the aftermath of the original trilogy. What influence did that have on EPISODE VII and what elements of Zahn's STAR WARS are still active in the current canon?